My former stubbornness for not wanting to play video games on anything else than a PC was putting me in an uncomfortable position. I used to wait for years just so I could play some of the exclusives out there. I finally gave up when it came to Clover Studio's excellent game, Ōkami, and Fumito Ueda's masterpieces, Ico and Shadow of the Colossus. But since these games were only to be found in Sony's court, I was thoroughly uninterested in what Nintendo had to offer. However, with the lower-performance hardware that their consoles seemed to have been equipped, emulation became a viable alternative to buying the real deal. So I went for it. 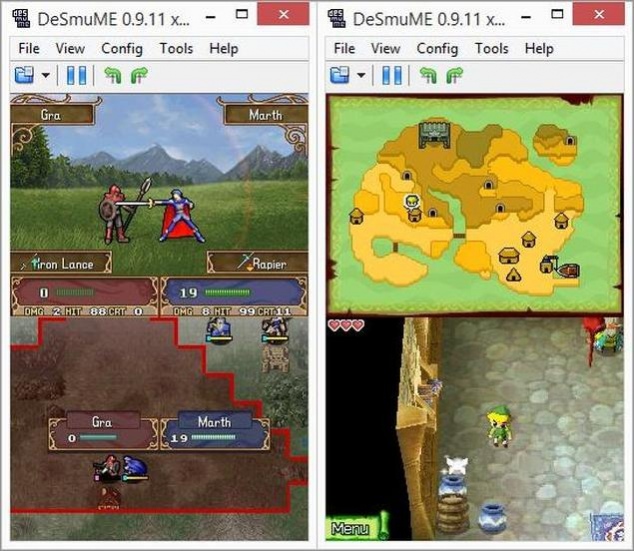 DeSmuME opens up the Nintendo DS experience to all. With nothing but a simple ROM search and this little application, you can now rob Nintendo of their cash for almost all of the games that have ever appeared on the DS console.

There's nothing fancy about operating DeSmuME. Since the DS uses touch/stylus controls natively, your mouse should suffice as a controller. Of course, you can also customize keybindings for the D-pad, letter buttons, shoulder buttons, the Start and the Select buttons.

Visually, DesMuME allows you to set the distance between the two screens, as well as to set an overall magnification level. The native resolution of the Nintendo DS is rather small, so you need some magnification to enjoy a decent visual experience. Just so you'll know, there is an Anti-Alias filter in the 3D Settings menu. The graphics may no longer look as sharp, but at least you won't be squinting at your monitor the whole time. You can also change the size and screen distance by dragging on the edges of the emulator window. Furthermore, you can turn the screens by 90, 180, and 270 degrees.

Playing games on DeSmuME rather than on the original hardware puts you at an advantage. By pausing the simulation, you can now take your time to think in real time games or to set up the perfect screenshot. DeSmuME also features several tools for hacking, speedrunning and video publishing. 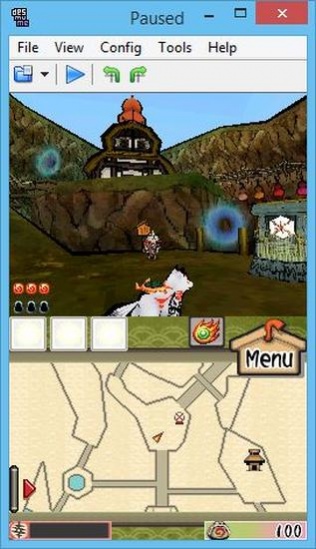 Performance-wise, DeSmuME does a very good job. The 2D works just fine, while the 3D rarely glitches. The sound is fine too for the most part. Since this is an emulation and not the real deal, there's barely any room for complaints.

DesMuME may enable you to play a ton of games for free (there are plenty of DS ROM's floating around the net), and also enjoy them. However, remember this: Getting free software raises your responsibility for future development. If you enjoy a specific game or the medium in general, do make an effort and purchase the originals. This is a gesture of goodwill and a thank you for those who worked to bring you these moments of joy.

Rating:
NDSLab Open    PAID
Enjoy all your DS game with this open source application great to discover the world of the emulation, source code vectorization with libraries optimized for Neon if your device support it. original source code here :...
Continue to app